A+ A-
Print Email
ADVERTISMENT 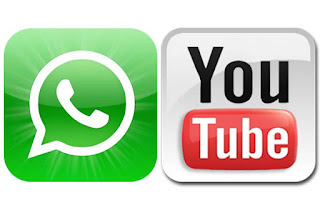 Among all the huge array of functions that the well-known and most used instant messaging application WhatsApp has – and that continue to increase month by month to be always updated – one of the fastest ones that have become favorites is undoubtedly the audio notes.
The fact is that the enormous ease that voice messages provide when communicating when we are in a hurry or we can not hold the phone with both hands to write a text, has been the key. But if they have a defect, this is precisely the interface and way to send them.
As the well-known and most used instant messaging application, WhatsApp has introduced two new features, the first one is that now you can watch YouTube videos within app while chatting and the other one is that now you can record of voice notes without holding down the record button.
As we all know, to send an audio through WhatsApp you have to keep the micro button pressed on the right side of the message interface, and then take the phone close to your mouth. It is precisely this gesture of having to press a button that sometimes causes us to send audio unintentionally, or that we release it and the note does not arrive whole, etc.
Something that the creators of the app have already corrected: now we just have to press the mic button and when in half a second we see a lock on it, slide it up so that the button remains locked and we can record the voice note without having to keep the finger pressed.
The best thing is that this feature has already reached WhatsApp after a trial period, although for now it has done it first in the iOS version for the iPhone, but, we hope that it will soon reach to Android users as well.
Being able to watch YouTube videos on the same WhatsApp is already a fact from a new version that includes this free messaging app that has become indispensable for hundreds of millions of people on the planet.
This is not the only novelty of the messaging app. In fact, you can see that WhatsApp looks closely at its most direct rival, the Russian Telegram, which is always the first to innovate and bring features that the rest copy. And one of the ones we’ll see soon on WhatsApp is the option to watch YouTube videos as we told earlier.
So far, if someone sends us a YouTube video on WhatsApp, the app registers it as a link that opens in the YouTube app itself or in a browser. But the idea is to stay as long as possible within WhatsApp, so as we read on the WABetaInfo website, the app will feature YouTube PIP (picture in picture), which will allow us to open YouTube links within WhatsApp and also watch the videos while we leave that conversation and enter other chat windows.
So, what do you think about this? Simply share your views and thoughts in the comment section below.
Posted by ScodeX
labels: TECH INFO


Get JavaLoge updates sent straight to ur inbox
?? 8:29 am